Motley Rice co-founding member Ron Motley (1944-2013) has been inducted into the American Association of Justice’s Hall of Fame, reserved for attorneys who significantly impacted the civil justice system over the course of their careers, according to the AAJ.

“(Ron) was known for taking what were thought to be impossible cases and delivering justice to families devastated by harmful products such as asbestos, lead paint and tobacco,” AAJ CEO Linda Lipsen has said of Ron’s legacy. “He literally created an avenue of redress for thousands who otherwise would have been left without a remedy.” Honorees are selected posthumously for the Hall of Fame Award and are considered based on their integrity, character, and positive contributions toward trial advocacy, the legal profession and AAJ’s overall mission and growth. Ron was a devoted AAJ member until his death in 2013. Motley Rice attorneys accepted the award on his behalf on July 25 during the organization’s annual convention.

Ron’s legal career spanned more than four decades and cemented his reputation as an innovative trial lawyer. His role in challenging the asbestos industry in the 1970s shed light on the extent of public harm caused by occupational, environmental and household asbestos exposure. In pursuing the litigation, Ron, along with co-founder Joe Rice, pioneered a strategic, cutting-edge approach to mass torts that he later utilized to take on the tobacco industry in the 1990s, resulting in the $246 billion Master Settlement Agreement, the largest civil settlement in U.S. history.

In 2002, Ron was appointed lead counsel for more than 6,500 family members and survivors of the Sept. 11, 2001 terrorist attacks and championed their cause of bankrupting terrorism until the time of his death.

Learn more about the honor and view past recipients of AAJ’s Hall of Fame Award. 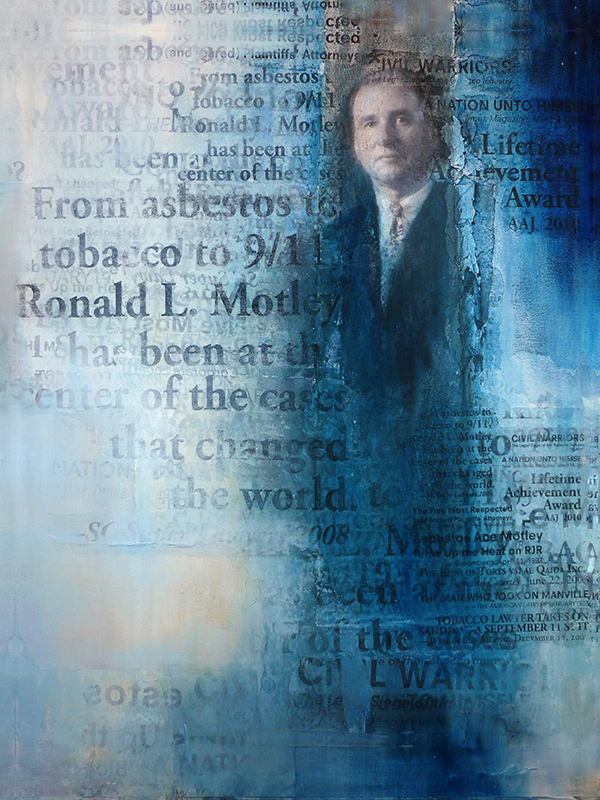