Robert’s current focus is on aiding the more than 6,500 family members and survivors of the September 11, 2001 terrorist attacks Motley Rice represents. He is co-liaison counsel and an active member of the Plaintiffs’ Executive Committee for Personal Injury and Death Claims in In re Terrorist Attacks on September 11, 2001, U.S.D.C., S.D.N.Y., MDL 1570, lawsuits filed by Motley Rice’s clients and others seeking to expose and bankrupt the alleged financiers and other supporters of al Qaeda terrorist activity.

Robert also played a central role in In re September 11th Litigation, Case No. 21-MC-97-AKH (S.D.N.Y.), involving more than 50 personal injury and wrongful death clients against the aviation and aviation security industries for their alleged failure to detect and prevent the terrorist attacks. For both the multidistrict terrorist financing litigation and mass consolidations of the aviation security liability cases, Robert has appeared before the court for multiple hearings and oral arguments, directed and engaged in complex formal discovery, and managed informal investigative efforts involving, among other things, aviation security, designation of foreign terrorist individuals and entities, and elaborate webs of financial transactions.

In addition to traditional litigation efforts, Robert has provided substantial pro bono and other support to the survivors and families of those killed in the September 11th attacks. From 2001-2004, he provided pro bono representation for more than 30 individuals, preparing and presenting their claims to the September 11th Victim Compensation Fund. Working with Motley Rice clients, legislators and leading experts in various industries, Robert also works to encourage legislative changes to help meet clients’ goals of justice, accountability and positive social change. He has represented victims of other terrorist attacks and human rights violations in litigation including Oran Almog v. Arab Bank, a landmark lawsuit filed by victims of terrorist bombings in Israel against Arab Bank for its alleged role in financing Hamas and other Israeli terrorist organizations and Krishanti v. Rajaratnum et al., 09-cv-5395 (D. N.J.), litigation against alleged financiers of the Tamil Tigers terrorist organization in Sri Lanka. He was also part of the litigation filed for non-U.S. citizens, Jesner v. Arab Bank. The litigation was heard by the U.S. Supreme Court under the Alien Tort Statute regarding violations of customary international law by foreign corporations.

Representing Motley Rice clients in an array of other complex litigation matters, Robert worked on World Holdings LLC, v. The Federal Republic of Germany, a suit filed to collect unpaid pre-WWII German bonds. He has collaborated with members of the firm’s securities team, litigating such cases as In re MBNA Corp. Sec. Litig., No. 05-272 (D. Del.), and with the toxic exposure team to litigate cases brought by individuals and businesses suffering as a result of the BP oil spill in In re Oil Spill by the Oil Rig “Deepwater Horizon” in the Gulf of Mexico, on April 20, 2010.

Prior to joining Motley Rice in 2003, Robert developed a strong co-counsel relationship with Motley Rice attorneys through complex litigation involving corporate wrongdoing, including the State of New Jersey’s tobacco lawsuit and other tobacco, asbestos and occupational disease and injury cases. Practicing product liability, toxic and mass tort, and occupational injury law, he represented individuals and union members injured by defective products or toxic substances and authored “The Hidden Truth About Asbestos Disease” in the New Jersey Law Journal (December 2002). He clerked with Judge Neil F. Deighan of the Appellate Division of the Superior Court of New Jersey in 1990.

U.S. Court of Appeals for the Second, Third, Fourth and Eleventh Circuits

When corporations allegedly misrepresent their compliance with mandated environmental regulations, the consequences may come at a cost to shareholders. As is the case in the events that followed Barrick Gold purchasing the Pascua-Lama gold mine.

Insufficient security measures may contribute to terrorist attacks on properties owned by U.S.-based entities on foreign soil. Prior attacks on hotels in terror-prone regions put businesses on notice and should have been enough reason for hotels to stringently increase security.

Following the terrorist attacks of 9/11, Motley Rice launched a worldwide discovery effort revealing numerous security shortcomings and related to our efforts in In re September 11 Litigation, including Bavis v. United Airlines. 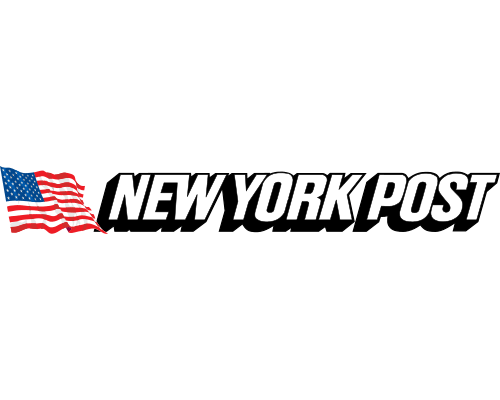 21 years after 9/11, secondary barriers for cockpits still not mandatory

Justice for 9/11 not possible without transparency