Fidelma Fitzpatrick represents people and communities in toxic tort and environmental matters, including property damage and personal injury claims. Her experience with complex civil litigation has led her to represent other victims of corporate malfeasance, including hundreds of women allegedly injured by medical devices such as Essure® and pelvic mesh/sling products.

In addition to her toxic tort and medical casework, Fidelma also represents states, cities, counties and townships in litigation against the opioid industry, including manufacturers, distributors and pharmacies. The litigation alleges the companies engaged in deceptive marketing and over distribution of highly addictive opioids to create and fuel the opioid crisis that claims thousands of American lives every year.

Fidelma is lead counsel of the Plaintiffs’ Executive Committee for the coordinated Essure® litigation in California against Bayer Corp., and she serves on the PEC for Paragard® IUD multidistrict litigation filed in the Northern District of Georgia for women who suffered severe effects allegedly caused by the birth control device. She also represents hundreds of women allegedly harmed by pelvic mesh/sling products in filed cases against defendants that include American Medical Systems, Boston Scientific, C.R. Bard, Inc., and Ethicon. In 2012, Fidelma was appointed co-lead counsel of the pelvic mesh MDL In re American Medical Systems, Inc., Pelvic Repair Systems Products Liability Litigation pending in the Southern District of West Virginia. She also holds leadership roles in pelvic mesh state court litigations, including serving as liaison counsel in the American Medical Systems cases consolidated in Delaware and the Boston Scientific cases consolidated in Massachusetts.

Outside of litigating for victims of allegedly defective medical products, Fidelma also serves as co-lead counsel of the Plaintiffs’ Executive Committee for a Philadelphia mass tort filed for farmers, railroad workers and other people who developed Parkinson’s Disease after using Paraquat weed killer. Fidelma was also co-lead trial counsel in the lead paint pigment case, The People of California v. Atlantic Richfield Company et al., in which Motley Rice represented 10 California cities and counties against national lead paint pigment manufacturers. In January 2014, the court ruled Sherwin-Williams Company, NL Industries, Inc., and ConAgra Grocery Products Company created a public nuisance by actively promoting lead for use in homes despite knowing that it was highly toxic.  The parties subsequently reached a $305 million settlement that established an abatement fund to remove toxic lead paint from homes and protect the health and safety of thousands of California children.

Fidelma held a central role in the state of Rhode Island's trial against former corporate manufacturers of lead paint pigment. She continues to litigate  cases seeking to hold the lead paint pigment industry accountable for the childhood lead poisoning crisis and provide restitution and compensation to affected children and families. As a result of her work for lead poisoning victims, the Wisconsin State Supreme Court became the first to recognize the legal rights of poisoned children to sue lead paint pigment manufacturers. She also played a lead role in representing the community of Tallevast, Florida, in a lawsuit against Lockheed Martin Corporation involving the pollution of the community's groundwater with PCE and TCE.

Fidelma began working with Motley Rice attorneys in 1997 on the Massachusetts, New York and Rhode Island lawsuits against the tobacco industry. She serves on the Board of Regents at Canisius College and frequently speaks on environmental and mass tort topics at conferences for federal and state court judges, attorneys, academic professionals and law students.

“Access to Justice: The Use of Contingent Fee Arrangements by Public Officials to Vindicate Public Rights” Cardozo J.L. & Gender (Spring 2008)

“Negligence in the Paint: The Case for Applying the Risk Contribution Doctrine to Lead Litigation” in Pace Environmental Law Review (Fall 2008)

* Please remember that every case is different. Although it endorses this lawyer, The Legal 500 United States is not a Motley Rice client. Any result we achieve for one client in one matter does not necessarily indicate similar results can be obtained for other clients.

U.S. Court of Appeals for the First, Seventh and Eleventh Circuits

If your baby developed necrotizing enterocolitis (NEC) after consuming certain cow milk-based formulas, you may have a claim.

Farmers and agricultural workers have filed lawsuits in courts around the country alleging Paraquat’s manufacturer, Syngenta Group, failed to warn them about the life-altering neurological effects Paraquat caused them. Motley Rice toxic exposure attorneys are reviewing the allegations.

When choosing an IUD as your form of birth control, you rely on manufacturers to provide safe, dependable products, and to be forthcoming about the severity of potential risks. However, thousands have reported severe health problems to the FDA, including at least 15 deaths.

The International Agency for Research on Cancer has stated that Roundup’s active chemical ingredient, glyphosate, could be linked to blood cancers such as non-Hodgkin lymphoma (NHL), a form of life-threatening cancer affecting white blood cells.

If you are a woman choosing to take birth control, you have the right to safe and effective medicine. Sadly, whether prescribed to prevent pregnancy, to help regulate hormones or another reason, a growing number of birth control products have been found to cause serious and even deadly side effects.

Elopement, life-threatening falls and serious pressure sores are all serious indicators that a long term care facility resident is being abused or neglected. 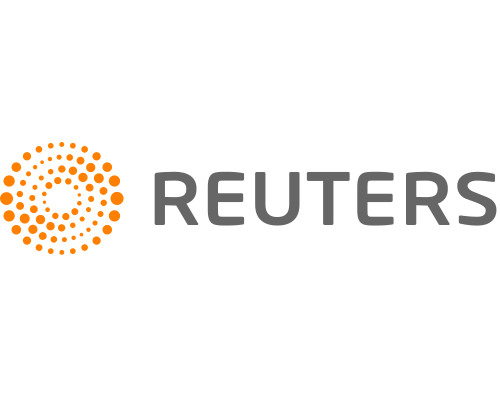