Jim represents victims of aviation disasters and passenger rights violations in cases against the airline industry. With more than a decade of courtroom experience that includes both bench and jury trials, Jim has handled civil, domestic, and criminal defense cases from pre-trial practice through trial, post-trial motions and appeals. He not only works closely with clients and co-counsel but also with pilots, engineers and experts in such areas as wreckage inspection and flight reconstruction.

Jim had the honor of supporting the firm’s work in Bavis v. United Airlines Corporation et al., the last aviation security case to be resolved in the nearly decade-long consolidated litigation, In re September 11 Litigation, involving 56 of the 96 families who opted out of the Victim Compensation Fund in an effort to force accountability and generate answers related to the 9/11 terrorist attacks. He is an integral member of the aviation team representing the families of the five Italian tourists who lost their lives when a helicopter tour and small private plane collided in mid-air over the Hudson River on Aug. 8, 2009. Litigating multiple crash cases involving small private planes, he also represents the family of a pilot who was one of six people killed when a Cessna Citation 550 aircraft on a life-saving transplant mission crashed into Lake Michigan shortly after takeoff. He also represents the families of passengers who were killed in the July 7, 2013 DeHavilland DHC-3 Otter charter plane crash in Soldotna, Alaska.

An advocate for the rights of the traveling public, Jim took passenger rights case, Amanda Tuxworth v. Delta Air Lines, Inc., to trial and, after a hung jury that was nine to one in his client’s favor, used his negotiation skills to resolve the case in mediation prior to a re-trial. In another passenger rights case alleging negligence, breach of contract and negligent misrepresentation, Sandie Mallard v. Airtran Airways, Inc., he played a central role in achieving a confidential settlement. The U.S. District Court for the Southern District of Florida ruled in favor of his client in Chris Turner v. Ramo, LLC, a case involving the crash of an international charter flight. This ruling was upheld by the U.S. Eleventh Circuit Court of Appeals in February 2012. Jim also represented numerous families of those who lost their lives in the 2009 Continental Airlines/Colgan Air Flight 3407 crash, which took the lives of all 49 passengers and crew, as well as one person on the ground.

Prior to joining Motley Rice, Jim worked for nearly a decade as a trial attorney representing clients injured or killed in vehicle collisions. His ability to present complex matters to a jury has served him in previous transportation cases.

Jim served as a navigator in the United States Air Force from 1991 to 2001. He was one of only five people in the entire Air Force simultaneously qualified as a C-141 Special Operations navigator, flight instructor and examiner, and was often selected to fly high visibility missions, both in the United States and abroad. Additionally, he was hand-selected to brief and demonstrate special operations capabilities to the Air Mobility Command’s Director of Operations and represented the 437th Air Wing at RODEO 1996, the United States Air Force’s airlift flying competition.

Jim is recognized as an AV® rated attorney by Martindale-Hubbell®.

One hundred and forty-nine passengers and eight crew members were killed when their plane, Ethiopian Airlines Flight 302, crashed. The plane, a new Boeing 737 MAX 8, was en route to Nairobi, Kenya, and carrying passengers of 35 different nationalities.

Motley Rice’s aviation team represents the family of a soldier who tragically died Jan. 15, 2014 when the U.S. Army-owned Sikorsky Black Hawk helicopter he was co-piloting malfunctioned and crashed during a training flight at Hunter Army Airfield near Savannah, Ga.

No matter what you call them, it’s evident that drones are beginning to crowd our skies. With the massive growth of UAV enthusiasts as well as interest in commercial applications, the FAA is working to safely integrate drones into the nation’s airspace.

The train industry impacts all Americans. Commuter trains transport people and cargo trains moving raw materials and consumer goods across the country. However, train crashes happen and can be devastating and fatal.

On June 1, 2009, Air France Flight 447 disappeared from radar and crashed into the Atlantic Ocean.

Every year, hundreds of thousands of children are permanently injured due to traumatic events that can lead to serious deficiencies regarding cognitive thinking, language, learning, emotional development and sensation, loss of eyesight and mobility, brain or spinal injuries and other devastating yet preventable injuries.

The sudden and lasting loss of sensation and basic motor skills due to a severe, permanent spinal cord injury is terrifying. Both the physical and psychological impact of not being able to function as you once did can be unimaginably difficult to deal with. People who have sustained permanent spinal cord injuries due to a property or business owner’s negligence have the right to hold them accountable. 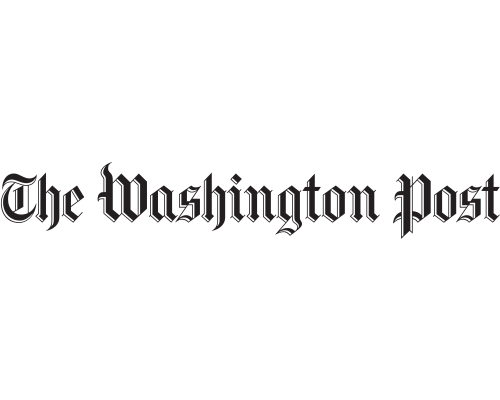 Why you can't fly drunk or high, even on weed

Why you can't judge an air carrier's safety by its website