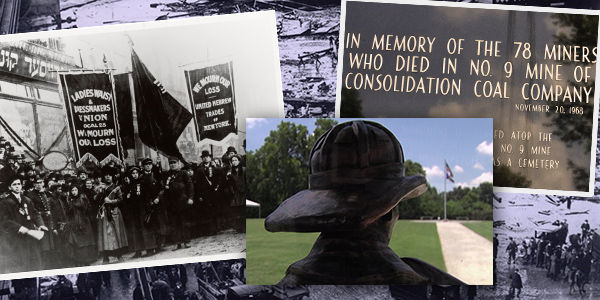 Ensuring a safe work environment is, and always has been, everyone’s business. That’s why each year during the last week of April, advocacy groups across the country unite to recognize Workers’ Memorial Week – a time to remember those killed or injured on the job and reflect on the pivotal events that have shaped work culture.

All jobs should be safe jobs, yet far too many people face the dangers of unsafe workplaces each and every day, whether due to inadequate procedures, a lack of safety equipment, toxic chemical or substance, or other deficiencies that lead to catastrophic accidents. It is imperative that we honor those hurt while on the clock to remind us how necessary it is to make needed improvements – today – to save future lives.

This year, in memory of American workers who have lost their lives to unsafe workplaces we’ll look at preventable tragedies that inspired progressive policy change and furthered the legal right to safe working conditions.

March 25, 1911 - The Triangle Shirtwaist Factory Fire was New York’s deadliest workplace disaster for the 90 years prior to 9/11.  The factory burned down after a fire started in a scrap material bin. A manager tried to put out the fire with a hose, but could not because the hose was rotted and the valve was rusty. The workers could not escape from the factory quickly because management had locked one factory exit door to limit theft, and the other exit door opened inward. The fire was over within 18 minutes and,  killed 145 workers – mostly teenage girls and young women.

The dangers of industrial textile factory fires were well known, but corruption meant safety policies weren’t in place to protect workers from the extreme negligence that led to their deaths.

Although far too late for the 145 workers, this event demanded the change of American safety codes. We honor every single worker involved as we continue the march for workers’ rights.

January 15, 1919 – The Great Molasses Flood occurred when a 50-foot-high molasses tank at the Purity Distilling Company exploded in the middle of the afternoon. The tank’s construction had been supervised by a man with no technical training who could not read blueprints. No engineer or architect reviewed his work, and the owners had gone so far as to paint it to hide leaks. Although employees had previously raised concerns about the leaking tank, no action was taken. The explosion caused approximately 2.3 million gallons of molasses to sweep through Boston’s North side, injuring 150 people and killing 21 people, ranging from ages 10 to 78.

The owners of the Purity Distilling Company claimed that the explosion was not their responsibility. Five years later, a court ordered the owners to pay restitution, of what would be approximately $15 million today. This set a new legal precedent: businesses could be held liable for their infrastructure failures. It also spurred widespread legislation requiring engineers to have proper certification.

We remember the 150 injured and the 21 fatalities of this tragedy. Those who continue to be affected by an unsafe work environment are on our minds, as we continue in the fight for justice.

November 20, 1968 - The Farmington Mine Disaster occurred when a massive explosion took place at the No. 9 coal mine in West Virginia. The explosion was felt up to 12 miles away and over the course of a few hours, 78 miners tragically perished.

Although the cause of the explosion was never uncovered, it highly impacted miners’ safety. Within a year, the U.S Congress passed the 1969 Coal Mine Safety and Health Act requiring annual inspections of all mines and adopting safety and health standards – including compensation for miners permanently faced with the respiratory disease pneumoconiosis, often referred to as “black lung.” Much like those in the Triangle Shirtwaist Factory fire, the workers in the Farmington Mine Disaster did not die in vain.

We remember their legacy as we strive for a world exempt from casualties in the workplace, and a world where workers return home unharmed at the end of the workday.

June 18, 2007 – Charleston Sofa Super Store Fire was the deadliest firefighter disaster since 9/11. This catastrophic event brought a stronger set of operating procedures after nine firefighters answered their final call to service. It is believed that the fire was caused by a discarded cigarette near the stores loading doc.

The details of that day led to policies requiring maintenance of an adequate water supply, and improved fire inspections and building plan examinations. We humbly remember these firefighters and thank them for their selfless service to the Charleston community. It is because of their sacrifice that workplaces are better equipped in times of emergency.

This Workers’ Memorial Week, we remember the individuals who have lost their life in the workplace, as well as the family members that mourned the loss of a loved one, and every friend who lost a companion.

Although workers’ rights have expanded since the Triangle Shirtwaist Factory fire, the conversation is far from over. Join the business of ensuring a healthy work environment for all. We are proud to support the advocacy work by the National Council for Occupational Safety and Health, an organization that is working to create safe job environments for all. For more information, please visit the COSH website.

Together we can achieve a safer work environment by securing workers’ rights for the future. The time is now.