Motley Rice co-founder Joe Rice is recognized as a skillful and innovative negotiator of complex litigation settlements, having served as the lead negotiator in some of the largest civil actions our courts have seen in the last 20 years.

Corporate Legal Times reported that national defense counsel and legal scholars described Joe as one of the nation's “five most feared and respected plaintiffs’ lawyers in corporate America.” As the article notes, "For all his talents as a shrewd negotiator ... Rice has earned most of his respect from playing fair and remaining humble.”

Joe was recognized by some of the nation’s best-regarded defense lawyers as being “the smartest dealmaker they ever sat across the table from,” Thomson Reuters has reported. Professor Samuel Issacharoff of the New York University School of Law, a well-known professor and expert in class actions and complex litigation, has commented that he is “the best strategic thinker on the end stages of litigation that I’ve ever seen.”

Since beginning to practice law in 1979, Joe has continued to reinforce his reputation as a skillful negotiator, including through his involvement structuring some of the most significant resolutions of asbestos liabilities on behalf of those injured by asbestos‐related products. He negotiates for the firm's clients at all levels, including securities and consumer fraud, anti-terrorism, human rights, environmental, medical drugs and devices, as well as catastrophic injury and wrongful death cases.

Joe is co-lead counsel in the National Prescription Opiate MDL aimed at combatting the alleged over-distribution and deceptive marketing of prescription opioids. Joe, as Chair of the opioid Negotiating Committee, worked with the committee and the Attorney General Committee to reach over $50 billion in settlements for communities nationwide with defendants in the opioid supply chain. Motley Rice continues to represent dozens of governmental entities, including the first jurisdictions to file cases in the current wave of litigation.

Joe served as one of the lead negotiators in the $15 billion Volkswagen Diesel Emissions Fraud class action settlement for 2.0-liter vehicles, the largest auto-related consumer class action settlement in U.S. history, as well as the 3.0-liter settlement. Under his leadership, Motley Rice also helped negotiate a pair of Takata bankruptcy resolutions that secured funds for victims who were harmed by the company’s deadly, explosive airbags. Joe also serves as a member of the Plaintiffs’ Executive Committee for In re General Motors LLC Ignition Switch Litigation, and was appointed to the Plaintiffs’ Steering Committee for In re Chrysler-Dodge-Jeep Ecodiesel Marketing, Sales Practices, and Products Liability Litigation.

Joe led negotiations on behalf of thousands of women who allege complications and severe health effects caused by transvaginal mesh and sling products, including litigation that has five MDLs pending in the state of West Virginia. He is also a member of the Plaintiffs’ Steering Committee for the Lipitor® MDL, filed for patients who allege the cholesterol drug caused their Type 2 diabetes.

Joe served as a co-lead negotiator for the Plaintiffs’ Steering Committee in reaching the two settlements with BP, one of which is the largest civil class action settlement in U.S. history. The Economic and Property Damages Rule 23 Class Action Settlement is estimated to make payments totaling between $7.8 billion and $18 billion to class members. Joe was also one of the lead negotiators of the $1.028 billion settlement reached between the Plaintiffs’ Steering Committee and Halliburton Energy Services, Inc., for Halliburton’s role in the disaster.

Joe held a crucial role in executing strategic mediations and/or resolutions on behalf of 56 families of 9/11 victims who opted out of the government-created September 11 Victim Compensation Fund. In addition to providing answers, accountability and recourse to victims’ families, the resulting settlements with multiple defendants shattered a settlement matrix developed and utilized for decades. The litigation also helped provide public access to evidence uncovered for the trial.

As lead private counsel for 26 jurisdictions, including numerous State Attorneys General, Joe was integral to the crafting and negotiating of the landmark Master Settlement Agreement, in which the tobacco industry agreed to reimburse states for smoking-related health costs. This remains the largest civil settlement in U.S. history.

Joe is often sought by investment funds for guidance on litigation strategies to increase shareholder value, enhance corporate governance reforms and recover assets. He was an integral part of the shareholder derivative action against Omnicare, Inc., Manville Personal Injury Settlement Trust v. Gemunder, which resulted in a significant settlement for shareholders as well as new corporate governance policies for the corporation.

In 2013, he and the firm created the Ronald L. Motley Scholarship Fund at The University of South Carolina School of Law in memory and honor of co-founding member and friend, Ron Motley.

Dee Norton Lowcountry Children’s Center, Co-chair for inaugural Campaign for the Next Child
First Tee of Greater Charleston, Board of Advisors
American Heart Association of the Lowcountry, 2018 Heart Walk Chair

U.S. Court of Appeals for the Third, Fourth and Fifth Circuits

2010 Johnnie Dodds Award: in honor of his longtime support of the annual Bulls Bay Golf Challenge Fundraiser and continued work on behalf of our community’s children

2011 Garnet Award: in recognition of Joe and his family for their passion for and devotion to Gamecock athletics

For decades, millions of families have trusted the Boy Scouts of America to lead and nurture their sons, but for an untold number of boys, that trust was met with betrayal in the form of sexual abuse by scout leaders. Survivors and their families are coming forward.

Allegations have been raised that Volkswagen and its subsidiary Audi may have deceived customers by illegally selling pre-production vehicles under its Certified Preowned (CPO) program. If you purchased one of these vehicles, you may have a claim.

Allegations have been made that auto manufacturer Fiat Chrysler Automobiles installed emissions cheating software in certain diesel vehicles for model years 2014 to 2016. 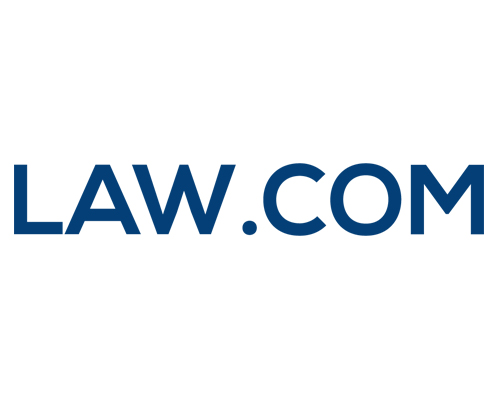