Jonathan Orent litigates for people alleging harm by defective medical devices and pharmaceutical drugs, including all aspects of discovery and expert development. He represents women suffering from painful side effects associated with pelvic mesh/sling products, hernia patients harmed by mesh repairs, as well as military service members suffering from hearing loss due to allegedly defective earplugs.

Jonathan was appointed lead counsel of hernia mesh litigation In re Atrium Medical Corp. C-QUR Mesh Products Liability Litigation, MDL #2753. He serves as co-lead and co-liaison counsel in the largest consolidated hernia mesh litigation in the country, In re Davol/C.R. Bard Hernia Mesh Multi-Case Management Coordination. Jonathan previously served as co-liaison counsel in the In re Bard Litigation in New Jersey state court and as state court liaison counsel in Massachusetts. He is a member of the litigation team that successfully tried the Barba case to a $100 million verdict in Delaware (later reduced by appeal to $10 million). Jonathan also led the successful appeal to the Massachusetts Court of Appeals, which allowed key evidence relating to Boston Scientific’s alleged knowledge of the potential harm caused by its products. Jonathan is co-chair of the AAJ Hernia Mesh Litigation Group.

In addition to his leadership in hernia mesh litigation, Jonathan is also a member of the Science & Experts Subcommittee for multidistrict litigation filed for U.S. troops who served in Iraq and Afghanistan between 2003 and 2015 and suffered hearing loss or tinnitus after using allegedly defective earplugs manufactured by 3M and its predecessor Aearo Technologies.

Jonathan also represents communities and people facing personal injury, property damage and economic loss as a result of negligence, environmental hazards or groundwater and soil contamination. In 2008, he litigated against a large New England utility company on behalf of more than 100 Tiverton, R.I., residents who claimed they suffered damages resulting from environmental contamination of their residential property. More recently, Jonathan played a role in the settlement of contamination litigation between members of the Tallevast, Fla., community and a major aerospace defense contractor involving property damage and emotional distress claims resulting from the alleged release of trichloroethylene (TCE), perchloroethylene (PCE) and other chemicals into the groundwater.

Jonathan has worked on complex litigation against the lead paint industry on behalf of government entities in California, New York, Rhode Island and Wisconsin, as well as lead poisoning cases for individual children and families against property owners. He also assists with discovery and trial preparation of the firm’s asbestos cases.

Prior to joining Motley Rice in 2005, Jonathan served as a law clerk with the Missouri State Public Defender Youth Advocacy Unit and a legal intern for Senator Richard Durbin of Illinois. Recognized as an AV® rated attorney Martindale-Hubbell®, he has made numerous presentations on a variety of legal matters involving medical device litigation and environmental law. He serves on the Rhode Island Advisory Committee to the U.S. Commission on Civil Rights, a group whose mission is to address key community issues and discrimination matters, such as foreclosure scams and the disparate treatment of minority youth, through research and initiatives. Jonathan is President of AG Bell Rhode Island, as well as a member of the Rhode Island Early Intervention Work Group, a group that reviews early intervention services provided to deaf or hard of hearing children between the ages of 0-3 in Rhode Island.

*Every case is different. Prior results do not guarantee a similar outcome.

U.S. District Court for the District of Massachusetts, District of Rhode Island, and the Eastern and Western Districts of Wisconsin

Rhode Island Association for Justice, Board of Governors

When undergoing a hip replacement, patients are often told that their new hip implant has the potential to last for many years. Unfortunately, in the summer of 2021, medical device manufacturer Exactech, Inc., recalled the Exactech Connexion GXL acetabular polyethylene liner hip component used in its hip implant systems due to the possibility of premature liner wear. This liner wear could cause the hip implant to degrade earlier than expected.

Flavoring chemicals provide pleasant aromas and tastes to consumer products, but when inhaled by workers and consumers, they may cause serious lung diseases and in certain cases, may be fatal. 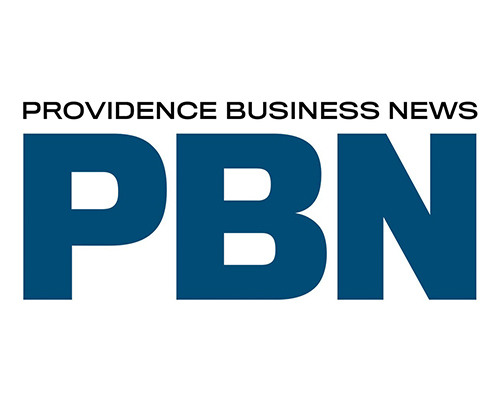