Michael's understanding of the complex legal challenges in international litigation is critical to uncovering admissible evidence and developing opportunities for client recovery. He tracks historical corporate conduct and uncovers illicit finances, money laundering and terrorist financing through a maze of international banking and financial regulations. His investigations have aided victims of human rights abuses and plaintiffs harmed by financial crimes. Through these efforts he has held global institutions and organizations accountable.

Michael leads the firm in its role as consultant to South African human rights lawyer Richard Spoor, seeking justice for tens of thousands of gold mineworkers who are suffering from silicosis. Few class actions have been brought in South Africa, and this is the first of its kind for sick workers. Michael assisted Spoor as a lead negotiator of the settlement agreement reached for sick gold miners and their dependents. The settlement generated an unprecedented means of recovery and helped ensure meaningful access to justice for the indigent and rural workers who are dying from this entirely preventable yet incurable disease.

Michael was lead plaintiffs' counsel in the historic litigation, Linde et al. v. Arab Bank, a suit brought by victims of terrorist attacks in Israel that alleged Arab Bank played a role in financing Hamas and other Israeli terrorist organizations. This litigation marked the first time a financial institution was brought to trial under the Anti-Terrorism Act. The case resolved through a confidential settlement. Michael was also co-lead counsel in a parallel suit, representing thousands of non-U.S. citizens, Jesner v. Arab Bank, which was heard by the U.S. Supreme Court under the Alien Tort Statute regarding violations of customary international law by foreign corporations.

He also plays a leading role with Motley Rice’s team of attorneys in representing states and municipalities against the opioid industry, including manufacturers, distributors and pharmacies. This litigation alleges opioid companies created and fueled the opioid epidemic that claims thousands of Americans every year, through deceptive marketing and over distribution of highly addictive opioids.

As a leading member of the firm’s antiterrorism and human rights practice, Michael represents U.S. military service members and contractors who were injured by EFP roadside bombs while serving in Iraq. He also leads the worldwide investigation for liability evidence in the 9/11 Families United to Bankrupt Terrorism civil action against al Qaeda's alleged financiers and supporters. In this capacity, Michael meets with U.S. and foreign intelligence officers, witnesses, and informants, who have already helped him gather more than two million pages of documents in numerous languages identifying the activities of al Qaeda and its financiers. He is a member of the Plaintiffs' Steering Committee for this multidistrict litigation filed on behalf of more than 6,500 families and survivors of the 9/11 attacks. He also served as a member of the Plaintiffs' Committee in In re September 11th Litigation, a suit brought against the airline industry alleging that it failed to detect and prevent the attacks.

Michael's work with financial transaction litigation includes commercial, securities fraud and shareholder derivative cases such as his extensive work on behalf of domestic and foreign investors in In re Vivendi Universal, S.A. Securities Litigation.

Michael began his career with the Manville Personal Injury Trust and then practiced complex civil litigation in New York in the areas of toxic torts, security, personal injury, bankruptcy, and whistleblower protections prior to joining Motley Rice attorneys in 2002.

U.S District Court for the Eastern and Southern Districts of New York

2016 Trial Lawyers of the Year

With a long commitment to seeking accountability, compensation and deserved justice for injured workers and their families, we encourage you to contact us about a potential silica claim if you or a loved one have a silica-related disease due to silica exposure in the workplace.

To be imprisoned without cause may be a violation of your civil rights, and you may have the right to hold those who violated your rights accountable. When situations like this arise, it is important to determine your legal rights.

Insufficient security measures may contribute to terrorist attacks on properties owned by U.S.-based entities on foreign soil. Prior attacks on hotels in terror-prone regions put businesses on notice and should have been enough reason for hotels to stringently increase security.

Following the terrorist attacks of 9/11, Motley Rice launched a worldwide discovery effort revealing numerous security shortcomings and related to our efforts in In re September 11 Litigation, including Bavis v. United Airlines.

If you are sick as a result of exposure to World Trade Center Dust, you may have rights under the new 9/11 Victim Compensation Fund. We can file your claim and fight for the maximum compensation 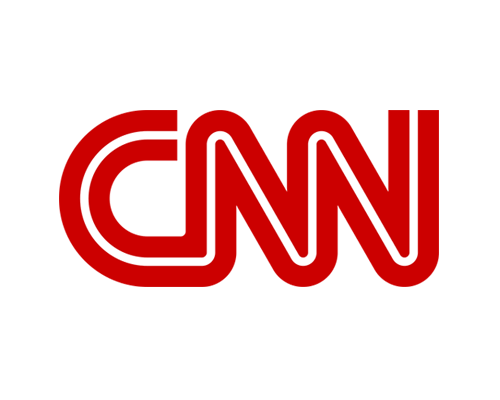 Dying for gold: South Africa’s biggest ever class action lawsuit gets go ahead