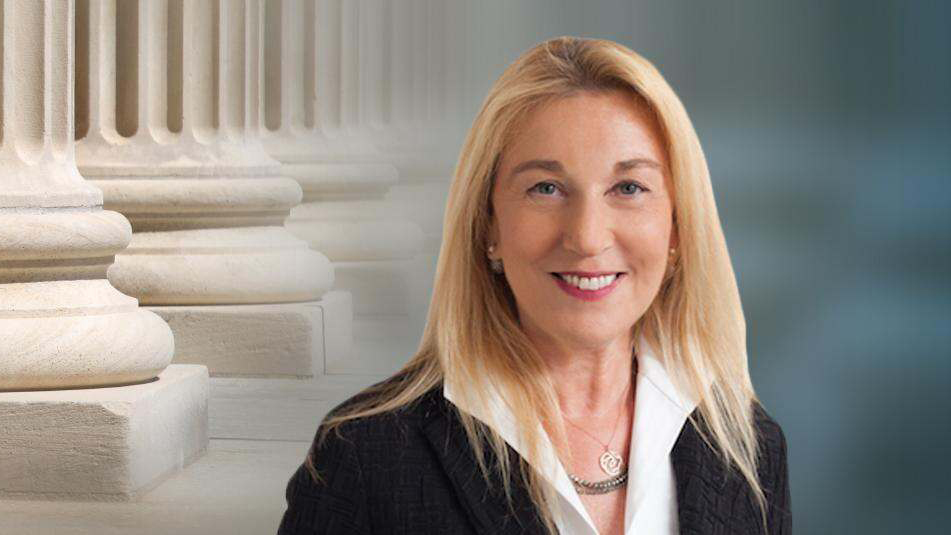 The Association’s Board of Governors created the award in honor of O’Connor (1942-2015), whom the Board described as “an extraordinary trial lawyer who earned the respect of colleagues and adversaries alike for his brilliant skill and professionalism as well as his humanity.” The award was given to four lawyers during the virtual ceremony and is reserved for lawyers who, like O’Connor, have exhibited skill, creativity and professionalism over the course of their careers as trial lawyers.

“I’m honored and humbled to be given this award, particularly as its namesake is an attorney known for his fierce advocacy. … For me, it’s about having an impact on people’s lives, being a voice and speaking truth to power,” Esther Berezofsky said during the award ceremony as she thanked the Association for the recognition. “For that, I’m proud to be part of this organization and its commitment to impact and to justice, both in the courthouse and in the statehouse.”

Past NJAJ President Christopher Placitella presented the Gerald B. O’Connor award to Esther during the virtual award ceremony.

“When discussing great work that lawyers do in protecting the environment, Esther’s name always comes up. … Esther is an inspiring person with unrivaled energy, and passionate about her family and helping the people she’s blessed to represent. I feel privileged to present this award which she so greatly deserves,” Placitella said during the ceremony.

A veteran trial lawyer with more than 30 years of experience, Esther Berezofsky joined Motley Rice in 2019 and oversaw the firm’s expansion of its consumer protection practice in the area of environmental, chemical and toxic exposure, as well as the firm’s creation of offices in Cherry Hill, N.J., and Philadelphia, Pa. She currently serves as Class Counsel and a member of the Plaintiffs’ Executive Committee for residents of Flint, Mich., who were exposed to toxic lead contaminated water, in which a $640 million partial settlement was negotiated with the State of Michigan and the City of Flint. Additionally, she represents residents of Kent County, Mich., Hoosick Falls, N.Y., Petersburgh, N.Y., and other communities alleging contamination by PFAS containing chemical waste disposed of by companies including Wolverine World Wide, 3M Company and St. Gobain. She was also lead counsel for a children’s cancer cluster in Toms River, N.J, that was memorialized in the Pulitzer prize winning book: Toms River: A Story of Science and Salvation.

She is a past president of Public Justice, a national public interest law firm, and continues to serve on its Board of Directors, and on the New Jersey Association of Justice’s Board of Governors, among other positions.

About the Gerald B. O’Connor Award

The New Jersey Association for Justice’s Gerald B. O’Connor Award is reserved for current or former NJAJ members who have distributed a “stellar legal career” by exhibiting skill, creativity and professionalism as a trial lawyer, much like the award’s namesake, who is described as “extraordinary trial lawyer who earned the respect of colleagues and adversaries alike for his brilliant skill and professionalism as well as his humanity.” Read more on the award and its recipients.