A trial lawyer, James Ledlie has spent the past 20 years advocating for clients throughout the country while furthering complex litigation related to public health, worker safety and other issues.

His practice spans litigation areas including asbestos, tobacco, defective consumer products, pharmaceuticals and faulty medical devices. He is also a member of Motley Rice’s litigation team representing dozens of governmental entities, including states, cities, towns, counties and townships targeting the alleged misrepresentation of highly addictive opioids by manufacturers and distributors, a suspected cause of the opioid epidemic. He also represents workers and families who suffered serious injury or death due to defective products or unsafe working conditions.

Understanding that lawyers must be counselors as well as advocates, James meets with clients and their families to help them figure out the best path forward.

As a United States Army veteran having served in the Judge Advocate General Corps (JAG), James is honored to have represented thousands of veterans during his career. In this capacity, James played a leading role in In re KBR, Inc., Burn Pit Litigation, filed for veterans and contract workers who have developed cancers and other chronic illnesses after being exposed to allegedly toxic open-air burn pits while serving in Iraq and Afghanistan. James also represents veterans and families dealing with mesothelioma and other asbestos-related diseases.

James has devoted a significant portion of his career to trial work. As co-lead counsel in Donna Brown v. Philip Morris USA et al, James recently helped secure a $17.2 million* jury verdict in 2015 for a client who suffered debilitating, life-altering effects to her health after being targeted by misleading advertising related to nicotine during her teen years. James was also a key member of the team that negotiated the historic $100 million aggregate settlement reached in 2015 with Lorillard Tobacco Company, Philip Morris USA, and R.J. Reynolds Tobacco Company, resolving roughly 400 Engle-progeny tobacco cases filed in the Florida federal district court. Both were recognized by South Carolina Lawyers Weekly as two of the top five largest verdicts and settlements in South Carolina for 2015.*

James has represented businesses that suffered losses as a result of the Deepwater Horizon oil spill in the Gulf of Mexico. He has also represented whistleblowers in qui tam actions alleging fraud against the federal government, in addition to representing numerous provincial workers’ compensation boards and private Canadian citizens in U.S. civil actions brought against U.S. manufacturers of dangerous products sold in Canada.

He has been profiled by the Centers for Disease Control and Prevention for his work using the court system to impact public health. He has also been awarded the American Association for Justice’s F. Scott Baldwin award for an outstanding trial verdict in the interests of public justice.

James is committed to sharing the knowledge he has gained and has spoken at numerous legal conferences, medical conferences and continuing education seminars on asbestos litigation, trial advocacy, jury selection and professionalism. He is recognized as an AV® rated attorney by Martindale-Hubbell®. James is equally committed to making a positive impact outside the courtroom, including being involved in local charities and community improvement initiatives.

*Every case is different. Prior results do not guarantee a similar outcome.

U.S. Court of Appeals for the Fourth and Eleventh Circuits

South Carolina Association for Justice, Former Board of Governors member

2010 F. Scott Baldwin Award: in honor of significant contributions to the New Lawyers Division and the attainment of outstanding trial verdicts

Settlement information for people exposed to oil, or the dispersants used to clean up the oil from the BP Oil Spill who became sick with certain acute or chronic illnesses.

Helping people and businesses financially hurt by the Gulf oil spill that may be eligible for compensation through the settlement agreement.

Canada’s long history of asbestos mining, import and export has resulted in a rapidly increasing number of asbestos-related diseases. If you have questions or would like to explore your legal rights regarding a potential mesothelioma or asbestos lawsuit, please contact us.

If you learn of securities violations such as bribery, theft, corporate fraud or accounting irregularities, you can help stop misconduct by reporting it to the Securities and Exchange Commission (SEC).

We are committed to advocating for the rights of those suffering from the many chronic and deadly diseases such as mesothelioma and other cancers caused by asbestos exposure.

Prolonged exposure to fumes emitted by burn pits used by KBR at military facilities in Iraq and Afghanistan, at which hazardous and other items were disposed of, allegedly caused American servicemembers and civilian contract workers to contract illnesses. 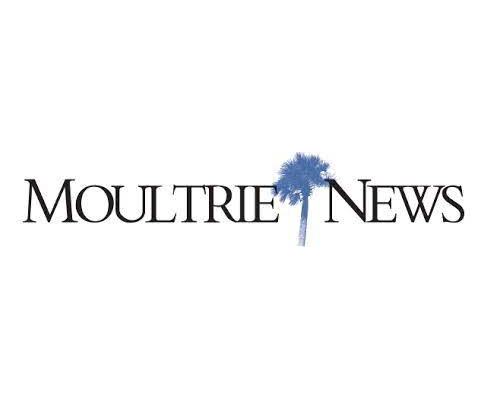 Motley Rice employees give back to the community