Courtney Wolf advocates for victims of terrorism and human rights violations, as well as for consumers affected by corporate misconduct and negligence.

Courtney contributes to litigation filed for dozens of governmental entities, including states, cities, towns, counties and townships against opioid manufacturers and distributors alleged to have played a role in the opioid crisis. She also represents families and survivors in claims filed through the September 11th Victim Compensation Fund.

Courtney completed a number of legal internships and clerkships prior to joining Motley Rice, including a clerkship in Virginia where she observed hearings and trials, performed legal research and drafted memoranda for civil and criminal cases for the 18th Judicial Circuit of Alexandria Circuit Court. Courtney also served for a time as an intern for the South Carolina Appleseed Legal Justice Center where she translated documents to Spanish and assisted with fundraising efforts to promote legal and social services for Hispanic immigrants.

Courtney worked as a student attorney for the Immigrant Rights Clinic while pursuing her juris doctor, in addition to being a Lead Article Editor for the German Law Journal, and Vice President of the Pro Bono Club. As a research assistant, she contributed to research on international crimes and the International Court of Justice, as well as research on human rights law in Africa. She also traveled to law schools throughout Ukraine in partnership with USAID to assist with a presentation on anti-corruption in schools. Courtney also studied abroad in Denmark, Spain and Costa Rica during her undergraduate career.

Courtney serves her community as a board member for Charleston Habitat for Humanity.

When directors and officers of a public company decide to undertake a corporate transaction such as a merger, acquisition or leveraged buyout, we work with company shareholders to help maximize share value and to avoid conflicts of interest and corporate waste, providing them with the information needed to cast an informed vote.

If you are sick as a result of exposure to World Trade Center Dust, you may have rights under the new 9/11 Victim Compensation Fund. We can file your claim and fight for the maximum compensation 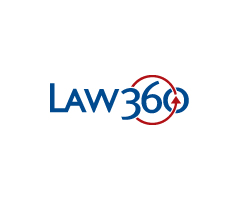 Opioid MDL Attys To Get 'Much More Aggressive' As Talks Lag